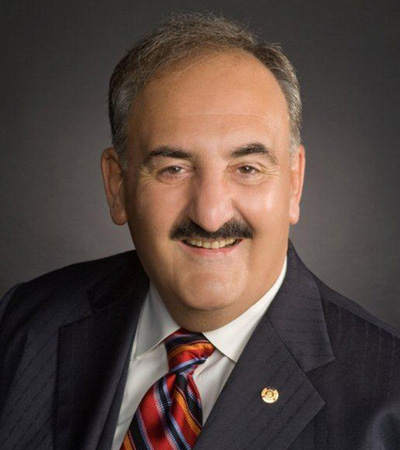 The Joseph A. Floreano Rochester Riverside Convention Center was renamed in honor of its founding Executive Director, Joseph A. Floreano, CFE who had held that title for over three decades when he passed away in the Fall of 2014. Joe was hired in 1983 prior to construction and so the facility was literally built around him as he oversaw every detail of the $40 million project. While the Center bears many of Joes signature touches, his legacy is truly in his philosophy of life, which set him apart from his peers in the highly competitive public assembly venue world. Joe instinctively understood and believed that to deliver the highest quality of product and service would require not only monumental effort and tenacity, which he had in abundance, but also to build a team worthy of operating a first class facility. Joe had that rare leadership quality to inspire those around him to rise to the next challenge of the day and become leaders themselves. He was one of the first in his industry to bring food and beverage services in-house, he then established off-premise catering and a special event production department and even opened and operated a restaurant. Joe set himself apart from his peers by never waiting for the next opportunity, but by creating those opportunities with the single purpose of providing for a greater quality of life in the community for which he so proudly served.

Joe received numerous awards, accolades and recognitions in his lifetime. Many were related to the industry he loved and was a part of for over 45 years, but he was also recognized equally for the role he played as a community leader and a genuine humanitarian with an unwavering spirit to help others. He became a brand unto himself and remains today a true pioneer in the public assembly industry. He leaves a legacy of guiding principles to not only those he mentored and shared his time with here at the Center, but also for those whose lives he touched on a daily basis within and outside our community.

We are immensely proud and honored to carry on that legacy.